The journey from CVD graphene innovation to commercialisation 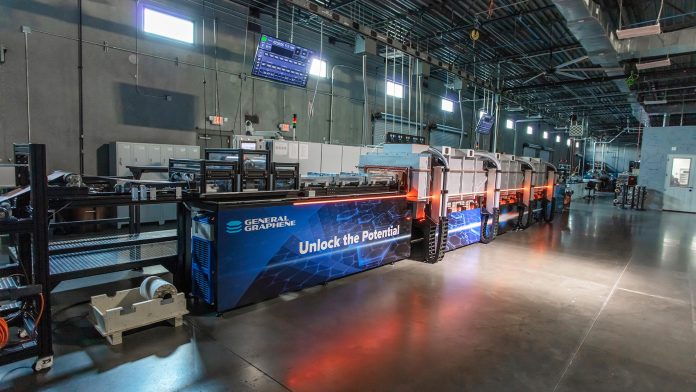 Gregory Erickson, Founder and CFO of General Graphene Corporation, explores the current uptake for graphene innovation and the organisation’s journey from discovery to commercialisation.

When General Graphene was founded in 2015, we assumed that once we demonstrated that the mass production of high-quality, low-cost CVD graphene sheets was indeed possible, then the industrial world would actively seek us out for a wide variety of CVD graphene-based applications. However, when we did just that – commissioning our proprietary CVD production system in 2021 – the rush to our door was not as great as we had anticipated. While we received enquiries from several Fortune 500 companies (and several smaller companies as well), we realised that we had failed to appreciate many of the subtleties associated with the demand for CVD graphene.

Once you read about graphene and its remarkable properties, a few simple questions come to mind:
•    If everything that has been claimed about graphene is true; why are more companies not using it?
•    What stopped graphene from becoming the disruptive material that it was represented as?

After meeting and working with corporate leaders in a diverse array of industries over the past few years, General Graphene’s understanding of graphene has evolved substantially. While their interest in graphene has been consistently strong, their aversion to risk is generally greater. The position of many companies on graphene could be summarised as follows:
•    As long as their competitors do not have access to graphene, they can accept the same fate;
•    The challenge of graphene mass production is something for someone else to solve.

However, once these obstacles have been overcome, graphene takes on a very different aura. 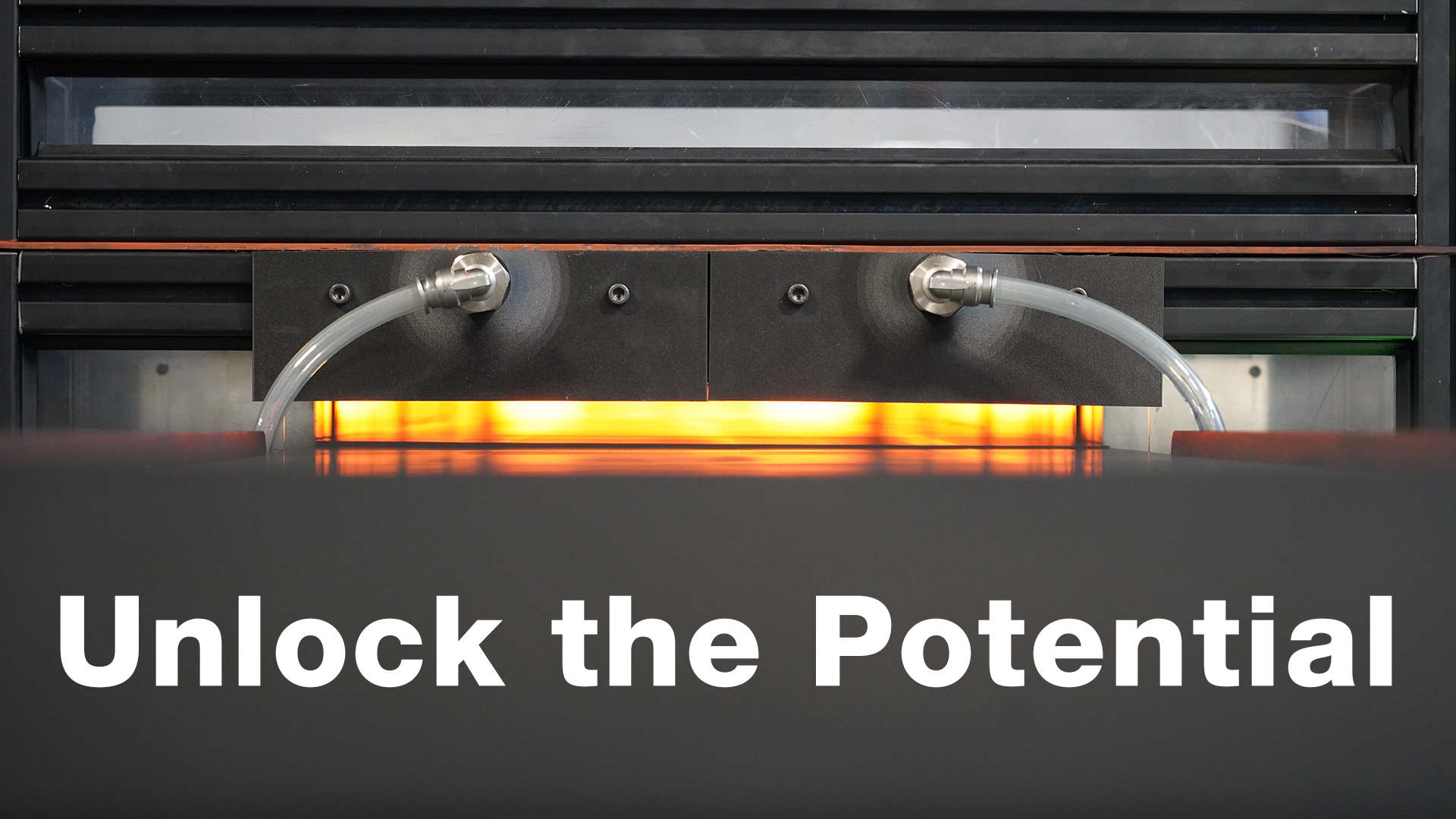 The challenges and risks of commercialising CVD graphene

A multitude of risks – production, technical, financial, and market-oriented – make the introduction of CVD graphene to any given market a daunting challenge. Like all new materials, the unknown areas surrounding graphene are many and, unsurprisingly, its adoption is excruciatingly slow. Even though the benefits are potentially revolutionary, most industries share an aversion to becoming a first-mover without a clear understanding of the integration process and costs involved. This is entirely rational and quite predictable, yet the inertia associated with introducing any new material remains a bigger challenge for General Graphene than our signature technological accomplishment proved to be. So, like that challenge, we decided to tackle this one head on as well.

Since 90% of the customers we speak with have never even heard of graphene, the first step towards commercialisation is education. Of the 10% who have heard of graphene, 90% of them think graphene is a black powder – and they are right! Graphene oxide (GO) is the far more common and better-known type of graphene, even though it rarely qualifies as graphene under the ISO’s technical definition of graphene (less than ten layers). In contrast, monolayer CVD graphene does meet the ISO standard. It is not a powder but rather a continuous, virtually transparent, weightless sheet of carbon atoms. While these materials are fundamentally very different, the term ‘graphene’ is used interchangeably for them in an industrial context. Thus, in most cases, we start at the proverbial ‘ground zero’ whenever we attempt to introduce graphene to a new market.

General Graphene and the complexities of application development

The harsh reality is that, for most of General Graphene’s existence, we lacked the capacity to both meaningfully produce and test CVD graphene for many specific applications. Our expectations with respect to graphene were more consistent with the hype that had been built around graphene than reality. This is a lesson we learned the hard way, but we are infinitely better off for the experience. Over the next few months, we will determine what the global industry’s appetite for graphene is when they discover our low-cost, mass production capabilities (we have intentionally been somewhat ‘under the radar’ while developing our technology). However, no matter what that appetite turns out to be, the reality of graphene-based application development is that it is not trivial.

Initially, we targeted industries with very specific applications – based on published findings in peer-reviewed scientific journals heralding the remarkable benefits graphene brought to those applications. We discovered, however, that laboratory results do not translate into real world results quite as readily. Graphene is amazing, but the hype that has long surrounded it can be somewhat misleading, establishing expectations that are difficult – or sometimes impossible – to meet. Graphene’s performance results can be extraordinary if it is incorporated properly into an application. However, figuring out how to properly incorporate graphene into an application is not automatic, and most industries have little or no experience working with atomic scale materials.

For some highly anticipated applications, it may be too early for graphene but, for many others, a path to near-term commercialisation has emerged. Cost has long been the biggest impediment to realising graphene-based applications, but General Graphene has significantly reduced or eliminated its importance. The challenge is more practical in nature: how do we integrate graphene into existing production processes? We have therefore chosen to focus on applications in industries with a demonstrated willingness to use CVD graphene wherein the integration difficulties associated with existing production processes are manageable. Examples include applications in which graphene is grown directly on a metallic substrate already commonly used in the application and applications in which an attribute of graphene (e.g., atomic thinness and/or sensitivity) is unavailable in any alternative materials. 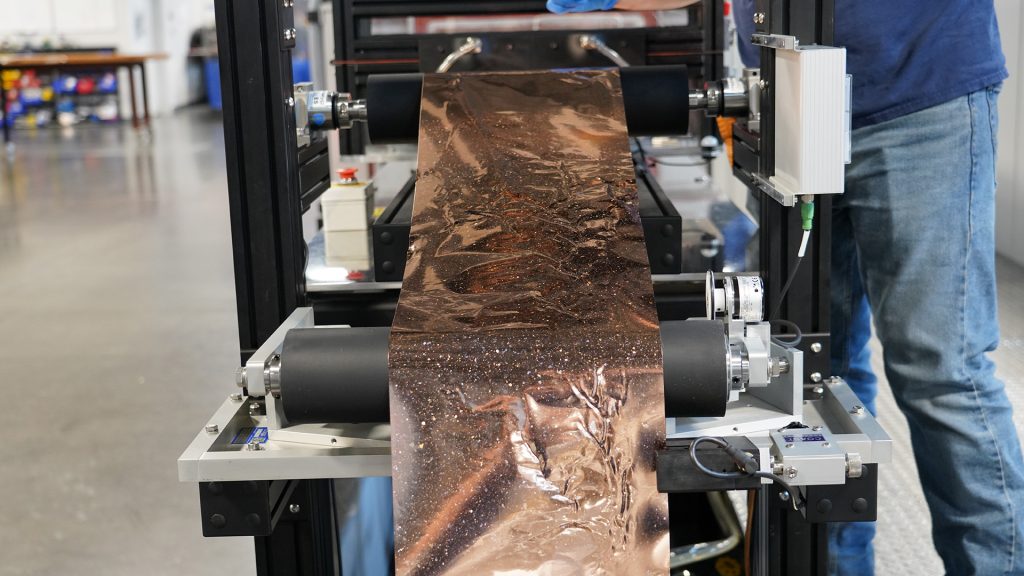 Identifying graphene applications: A needle in a haystack or a needle in a stack of needles?

The development and successful commissioning of our GEN 3.0 pilot production line has given General Graphene the capability to produce CVD graphene films at an unprecedented scale and cost. Each application requires graphene that is uniquely tailored to its technical and/or performance demands (i.e. not all graphene is created equally). Our GEN 3.0 system enables us to precisely tune the graphene for specific applications. We can generate either single or multilayer graphene in the form of large sheets or rolls of almost any length up to 300mm wide.

However, what our technology really represents is the ability to finally engage in meaningful, cost-effective testing and R&D for a wide range of applications. General Graphene has no desire to be a ‘one-trick pony’ focused on a single or narrow range of graphene-based applications. Graphene is an incredibly versatile material, and we aim to fully exploit that versatility on the road to commercialisation.

We do not know what the best – or even the first – graphene-based application will be, but we are confident that we are much closer to realising it than the scientific and industrial world appreciates. Our graphene will be an enabling technology for that application, but the application itself requires far more than graphene. We believe that opportunities such as this are unlimited because graphene-based application development requires us only to find a needle in a stack of needles, not a needle in a haystack.