Changing How We Think About Graphene 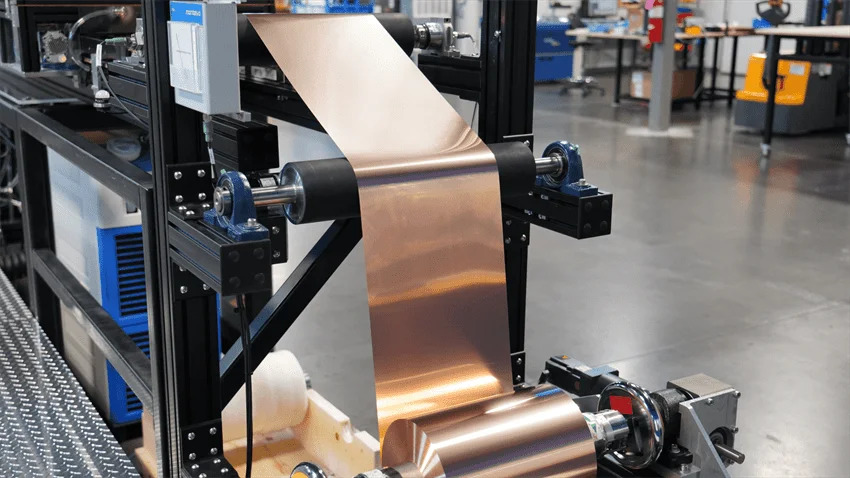 Changing How We Think About Graphene with General Graphene Corp.

Interview conducted by Skyla Baily
At the Advanced Materials Show, AZoM spoke with James Sherrill from General Graphene about the future of graphene and how their novel production technique will lower costs to open up a whole new world of applications in the future.

Could you please introduce yourself and provide some background on General Graphene?

My name is Vig Sherrill and I am an electrical engineer who has been fortunate enough to start several technology-based companies in my career. I was introduced to graphene back in 2014 at Oak Ridge National Laboratories where Dr. Ivan Vlassiouk developed a way to produce graphene sheets under atmospheric conditions at a consistent and reproducible quality. This was a big breakthrough because current practices could only produce sheet graphene with a vacuum process in very small quantities. In fact, the running joke with graphene was that it could do anything you needed it to do – except get out of the laboratory. So in 2016, my partner Greg Erickson and I started General Graphene with a singular focus on the mass production of large area graphene sheets at a consistent and reproducible quality. We were application-agnostic because no matter how great it is, if you can’t make it – you can’t use it. We didn’t even have a website until 2020 because we wanted to stay under the radar, avoid the hype, and didn’t want to make claims that we couldn’t substantiate.

Starting General Graphene was extremely difficult as we are a new materials-based company, and this is an area that most investors shy away from because of the long-time scales required for development. To give you an idea of what we were up against –  let me give you our funding pitch to raise money: We’re going to do something nobody’s done before, we’re going to do it in quantities and at costs that graphene experts said could not be done, we’re going to do it for markets that do not exist – and we need $20 million just to see if it works. You can see that this was a tough sell.

The good news is that after we demonstrated our first small prototype in 2017, we secured investment from Graphite India Ltd to fully develop a commercial roll-to-roll graphene production system. We are now operating our 3rd generation roll-to-roll graphene production system that came online in the middle of the pandemic last year. With our new production capabilities, we are now the world’s largest producer of large-area graphene sheets and are extremely excited to let the world know that we exist.

General Graphene creates graphene using a chemical vapor deposition (CVD) technique. What is this and how does it vary from other production methods?

There are basically two kinds of graphene. There’s the particulate form (sometimes called nano-platelets) which is a few layers of graphene with crystal sizes measured in the nanometers. This is typically a very fine black powder – produced by various methods in bulk and typically sold by the gram or kilogram. Then there is CVD-produced graphene, which is typically produced on a copper substrate, is a single atom thick with crystal sizes in the millimeters, and is sold by the area, not weight. As a reference, the difference between the two forms of graphene is like the difference between ordinary sand and a silicon wafer. Both are made of silicon, but sand is very cheap and silicon wafers are extremely expensive. Both are useful – but in very different ways.

All the magic stuff you hear about graphene is basically true – but only at the nanoscale. It simply does not scale to human size and that’s where a lot of the disappointment (and hype) with graphene has come from. People hear that graphene is 200 to 300 times stronger than steel and while true at the nanoscale, it does not translate to objects at the human scale. Sorry, but no space elevator soon.

Today, companies are adding small amounts of particulate graphene to plastic and concrete to make them stronger and more durable. In contrast, our CVD-produced graphene can be used in electronics, sensors, barrier films, heating films, and even transparent conductors like touch screens. As a reference, most sensing elements are many thousands of atoms thick – you can imagine a graphene sensor that is only one atom thick is going to be much more sensitive. This new level of thinness allows truly unprecedented sensitivity.

Your process for manufacturing graphene differs from traditional methods. Could you please expand on this?

When graphene was originally developed in the sheet form, it was produced typically on a copper foil substrate at very high temperatures inside quartz tubes (about 8 feet long and 12 inches in diameter) using a chemical vapor deposition (CVD) process. Traditionally, this process is quite slow and yields only small batch quantities of graphene – you put a piece of copper (typically around a square foot) in, you pull a vacuum on it, you put in some gases, you heat it to over 1000C, magic happens, you get graphene to form, you let it cool down, you release the vacuum, and you pull your piece out. You can see that a lot of effort and time is taken to produce small amounts of graphene, which is why CVD has historically been expensive. 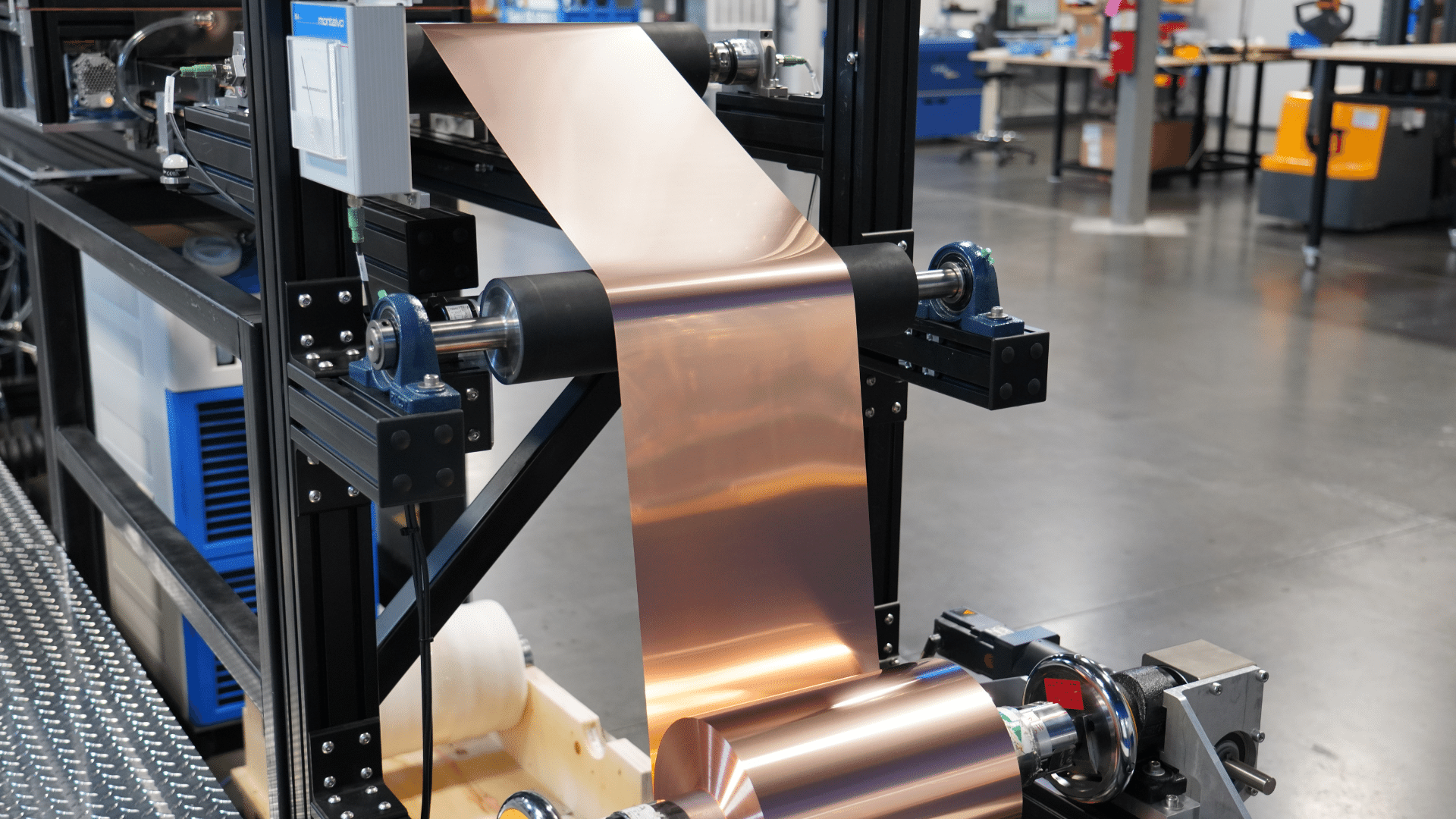 While we share some of that process, our implementations are fundamentally different. We produce graphene on a continuous roll-to-roll process that is open to the atmosphere – you can literally stand on one side of our 30-meter machine and see right through it. We use quartz, similar gases and temperatures inside our system – but the way we position and heat the substrate in combination with the partial pressures of the gases flowing in and out of our system makes the entire platform extremely modular and scalable. We have quite a few patents on our processes and these breakthroughs have allowed us to reduce production costs by more than three orders of magnitude since 2020. It is the only system today capable of continuous graphene production at a consistent and reproducible quality and at industrial price points.

Interestingly, our entire process development came down to really understanding the science of making graphene. Once we really understood that, it became an engineering effort to scale for mass production. To keep this in perspective, the fourth generation of our CVD manufacturing line is already on the drawing board.

With all the wonderful properties of graphene – why have we not seen it in the industry more?

In about 2010, if you were to try to buy a square meter of graphene, it was over a million dollars. We jokingly said at the time that the only thing more expensive on the planet per weight was antimatter. Since then, we have brought down the costs by five orders of magnitude, and with our current cost structures – we can be well under $100 a square meter. We feel this is still just the beginning, as our technology will take us significantly less than that in the coming years.

Henry Ford once said, “If I had asked customers what they wanted, they would have said a faster horse”. So it’s not necessarily what the customers think they want, it’s the problems that graphene can help them solve – or what properties of graphene can be exploited in ways they have not even thought of. It’s really a team effort between us and our customers to apply graphene to their markets. Our customers intimately understand their products and markets – we intimately understand graphene. It’s only by working together that we can exploit the unique properties of graphene to enable new performance levels.

A great example of a completely new market for graphene is using it as a simple wall heater for homes or even cars. Home wall heating has been around for a long time in more or less the same form – either wires or tubes running up and down behind a wall that heats the back side. These are usually very inefficient, difficult to implement, difficult to repair, and severely limit what you can do to a wall. We have a very nice demo using a few sheets of our graphene on the outside of the wall. We put it on with wallpaper glue and simply paint over it. Being so thin, you simply don’t know it is there. By applying a low voltage these thin sheets can provide up to 50 watts/square foot of heat. That is quite an astounding number considering the square footage of a typical wall. Further, by being on the outside of the wall, it is extremely efficient. If you had asked me two years ago if that would be an application for graphene, I would have said ‘no way’. In short, we strongly believe that having graphene available at industrial quantities and price points will enable markets that we simply haven’t even thought of.

Graphene is coming and it’s going to take some time to get into the industry, but it will likely change most things that we have.

Is graphene a sustainable material?

Producing our graphene is a very sustainable process. All we need to produce graphene is air, water, and electricity – with a little CH4 thrown in for good measure.

Sheet graphene is also biocompatible – just like pure carbon. In fact, pyrolytic carbon-coated heart valves have been used for more than 40 years and pyrolytic carbon is basically composed of graphene. So does graphene bring sustainability and biocompatibility? Absolutely.

What is next for General Graphene?

Our top goals now are to let the world know that graphene exists in industrial quantities, at a consistent and reproducible quality, and at price points that fit the application. We are also expanding our production capabilities outside the TN area. I am not at liberty to tell you where, but I can say that not all our new sites will be in the US.

While we are in several markets now, as graphene comes down in cost new markets become accessible, so it’s quite difficult to say which future markets we will be in. We are a pure play graphene company providing industrial graphene and application development to our partners. As an example, we don’t make biosensors – we make the graphene for the biosensors and help our customers integrate the graphene into their sensors. This means the possibilities for us are endless but also undefined.

As far as future opportunities go – there are so many applications where graphene is a great fit but it will be some time before the production costs become compatible with the market demands.

An example of one is biodegradable food packaging. We were approached by an international food packaging provider and they wanted to improve sustainability. They wanted to use our graphene applied to paper to replace typical plastic wraps. This is a fabulous idea because graphene is a great barrier and is completely biodegradable like paper. However, it doesn’t fit our cost model at this stage and is an example of one idea much further down the road that you’ll see graphene used for. 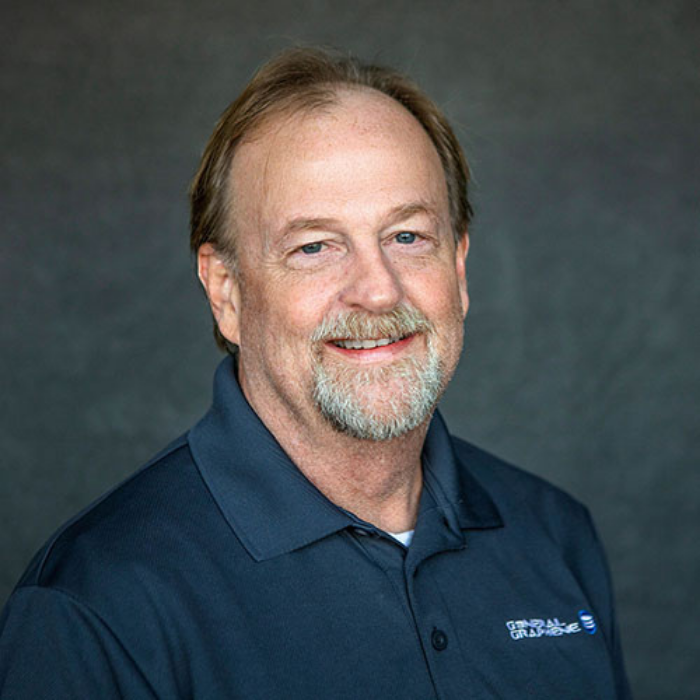 Mr. Sherrill has started multiple high-tech companies. One evolved into a public offering, two were sold for more than $140MM and several are profitable and ongoing.

He has raised more than $60 million in venture capital with his companies producing more than $600 million in revenue. His most exciting company to date is General Graphene which is the world leader in large area sheet-based graphene production.